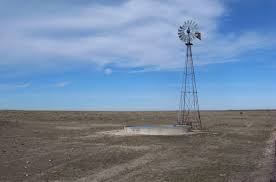 I have lived everywhere from a tiny Texas Panhandle farm community, a turkey farm in the rural Ozarks of Missouri, a college town (Gig ’em!), the West Texas border town of El Paso, all the way to the great northeastern communities of Hanover, NH and Boston (a slight difference in size between them),  Kansas City after a brief tour in Orlando, and recently back down to the West Texas city of Lubbock. I have witnessed and lived with many different communities that ranged quite starkly in their habits, ethics, socioeconomics, religion, and political compositions.This has given me a tremendous sense of appreciation for the diversity our great land possesses and the different strengths, weaknesses, and decision tradeoffs that each unique community dealt with, and how they responded to their own local needs. As a result of these peregrinations, it is a marvel to me that we don’t force governments to allow more of our substantial decisions on taxation, education, health, and welfare to the lowest possible level that reflects the unique natures of these far-flung communities. This post, then, is an attempt at defending the idea of taking back more control from our central government and in the spirit of federalism that this nation was founded upon, devolving more of it to the communities in which we live and therefore can more directly influence.  Whereas most of my topics on this blog focus on limiting government in the aggregate, this post is directed at the virtues of decentralizing the government and reducing it to the lowest possible polity possible. With this concept of fostering greater use of decentralized tax and spend policies I hope to someday appeal to my progressive friends under the guise of more freely allowing you to build communities on the model that suits you and to craft them in direct competition to your more conservative cousins. If you hate that democracy and the federal government can result in a Donald Trump ruling over the spoils and levers of government, then by all means, join hands to limit the power of central government and remain free to build progressive communities of your own making. Make San Francisco even better than you believe it to be, since you will send less money to the centralized coffers and can retain it in your own backyard. Obviously, for my part, I would like to believe that being unyoked from the decisions that progressives have taken centralized government since the FDR era that in turn limited and decentralized government communities would thrive and grow into my idealistic vision for communities – vibrant, dynamic, innovative, growing, and combining virtue and charity with competent and accountable local government, which is able to bring more decision making into its remit on account of what the central government has given up. Even poorer communities could make decisions that are more efficient and optimized for their needs, lifting them up faster than any central planner could ever do.

The cataclysmic and visceral reactions to last night’s election got me to thinking about why the Presidential and other federal elections matter so much to us as a people. The simplest of ways to reduce the problem logically is that the stakes are extremely high given how much the two dominant parties and their core adherents are fighting over the spoils of big government. The desires and end goals are quite different, but too often the centralizing mechanisms and controls over the levers of government are the same. Recognizing that there is tremendous power and centralized decision making in everything from military base posture, entitlements, health, energy, education, environment, and many more, it is little wonder that the controlling levers are so bitterly contested. If we want to get out of this cycle of high stakes gambles, we will necessarily have to devolve more of these fought over powers to lower levels of government. Tying this back to my list of locations that I have lived in, this devolution has the great benefit of allowing each of these municipalities to focus on the tax and spend and regulation policies that make sense given its populations and all its attendant mixture of demographics, ethics and philosophical beliefs. Lubbock,TX may need greater focus on their water access to aid cotton farmers while Granby, MO may need greater focus on Farm to Market road to support turkey transport trucks. Pulling back money blindly sent to state and federal programs allows them greater flexibility to focus on their unique needs. Getting more specific, the deliberate decentralization of government has many benefits that I find completely intuitive:

I suspect all of this seems quite straightforward but still leaves us needing specific examples to debate the points. I think some natural areas, to name but just a few in my limited time, that are ripe for debate for decentralization are education, criminal justice, health systems, health payment (i.e. Medicaid block grants), commerce, agricultural policy, and determining the role of private charity versus local municipality tax and spend decisions. Each of these topics could use its own further paragraph about the key differences in philosophy, strategies, and expected outcomes when comparing centralized versus decentralized models, but that will be a topic for another day.